Sunday, June 22, 2014
Okay.  Well.  See… it started off well.  This is what the Chinese would call… “an interesting day.”
A. The 4 am man
I was dreaming a very sweet sexy dream and some nice man was rubbing my breast above the nipple and I suddenly realized it was not a dream!  Kris was wedging himself under me, already  hard and ready to plunge inside me!  I glanced at the clock radio… 4:03 am.  Wow… he is really living his fantasy!  He slowly filled me, groping my breast and kissing my shoulder as he pumped in and out.  Mmm…. I enjoyed this way to wake up!  He came hard pretty quickly then drifted off to sleep again.  I watched him sleep.  He was smiling.
A1. The wake-up BJ
I woke Kris up the right way with a Sassy blow job!  He said he’s usually not a morning sex person, because he is distracted about whatever he has to do that day and anxious to get going, but I managed to wake him up gently, touching him under the covers until he was conscious, then sucking him down my throat until he forgot to worry about what he had to do today.  He came hard!
B. The boat
He said the one danger point was about 10:45 am because his wife was leaving work to go to church and might swing by their house afterwards.  So we have to leave by 10:30 am.  He went out about 10 am to check on the boat.  It wouldn’t start!  WTF?  So he drove to church to get the jump cables out of his wife’s car.  But they weren’t there.  So he went to the neighbors to borrow theirs.  And got back at 10:40 am.
C. The closet
Two minutes later, I was sitting in the dining room on my computer when he yelled, “GET TO THE CLOSET!”  WTF?
I grabbed all my stuff – computer, bag, hat, purse, and ran upstairs and squeezed myself into the back of the closet and shut the door.  I texted with a chat friend and tried not to sneeze. I also texted Philip, who was driving and laughing his ass off at me.
D. The banshee
I listened to her scream at him for ten minutes solid.  WTF?  I know I am odd that Hubby and I don’t fight, but it was bizarre to hear her rail at him on and on… he’s got to sell that fucking motorcycle, why did he move the table on the porch, he has to get a haircut! If he lied to her about the motorcycle, what else is he capable of?  Is he drinking again?  Is he having an affair?  *sigh
Luckily he led her outside to look at their garden after about 10 minutes, and she only stayed about 20 minutes.  He came up to the closet to tell me she was gone.  I half wanted to laugh and half cry.
We talked quietly, waiting for the adrenaline rush to subside.  The worst moment came when he asked me if I was okay and I told him it was very hard to listen to her yell at him.  And he said… “Was she yelling?  I didn’t notice.”  *sigh  You know what that means?  It’s normal.  So routine that he doesn’t notice.  No wonder he finds me so different.  *sigh
He gave me a hand out of the closet and I gave him a big hug.  We headed out on our adventure.
E. The propeller
So he drove the truck and the boat to the boat launch in Essex.  He unhooked it from the truck and… managed to gouge his head on the propeller!  A 4-inch scrape!  WTF?
He borrowed band aids from another boat, and I made a bandage out of a paper towel and patched him up!  He said it didn’t hurt.  I worried about it getting infected.  He put his baseball cap over it and no one was the wiser.
F. The trailer
When he launched the boat into the river, the wooden runners that hold it on the trailer came off with it!  He wouldn’t be able to get the boat back out.  WTF?
He chatted with a couple people along the docks, and ended up taking the trailed to the marina next door.  I sat in the boat at the dock, wondering if he’d be able to get help and how long it would take and whether this day was cursed!  Would we ever get away down river?
He returned very quickly!  He said a guy at the marina stopped working on his boat, put on new runners and didn’t charge him!  He was back in 15 minutes!
G. The beautiful water
We had a marvelous five-hour adventure on the water!   We went down the Essex River, out into the ocean, along Wingaersheek Beach were I walked last week, down the Annisquam River and into Gloucester Harbor!  It is so wonderful to see places from the water side that I’ve been on land, ogle the boats and people and scenery… munch on grapes and sandwiches… and relax.  He takes such good care of me!
Here are my 35 photos. Pop over to Google Plus to look. https://plus.google.com/u/0/photos/101174762249697322833/albums/6027979900927526257
Here’s my favorite: 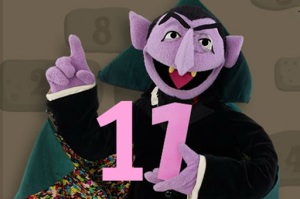 I can’t believe all that happened on the same day.  That is the most bizarre part.  WTF? Any ONE of these would’ve made for a strange day but no… ELEVEN!  ELEVEN?  Yes… ELEVEN BIZARRE THINGS!!!!!!!!!!
And yet… we bounced back.  We soldiered on.  We had a lovely sexy time waking up and a fantastic time on the water in his boat and I got to try a new restaurant.  And… wow.  Just… wow.  There were some beautiful memories mixed with the horrific ones.
Please don’t let me ever have another bizarre day like this one!