Sunday, April 6, 2014
There’s a guy that I started talking with in chat about a year ago.  Let’s call him “Jock.”  He had never cheated but was hitting that point in his mid-fifties where, as he said, “if he was ever going to do it, he needed to do it now!”  So he was talking to the “cheaters” online, testing his flirting skills, learning about ways to have fun and not get caught.  He would pop into chat every now and then, maybe once a month.  I couldn’t see any pattern, so I asked why he was there on a particular night and he admitted that he only stopped by when he was traveling on business.
One night when he was alone in a hotel room far from home, he asked for my phone number, said he longed to hear my voice.  We talked for hours.  He is a great storyteller, and a good listener.  He said he was going to be in Boston soon and fantasized about meeting me, taking me out for dinner.  Sounded like fun but I didn’t take it very seriously.  Finally around midnight, he said he needed to sleep.  I started to say good night but suddenly realized he was asking for help “getting to sleep.”  Aha.  The conversation got very sexy and I got to hear him cum!
So every now and then he would pop into chat, ask to call me, and we’d catch up on our lives and talk about what might be if ever made it to Boston.  I enjoyed talking to him – he was so polite and sweet, full of compliments and fun!  Dare I say “romantic?”  I cautioned him around reading too much into our talks… but he kept asking what would happen if he loved me?  I told him that was not a bad thing, but… these things don’t “go anywhere.”  That was all a new concept to him.
Late one Friday night in April, the evening of my first meet with Kris, I got a text about 10 pm  after I got home from a very busy project meeting.  He said he would be within 3 hours of Boston on Sunday evening, and could we meet for dinner somewhere in between?  He asked me to call him after 7 am on Saturday.  I did and we settled the details to meet!  I suggested Waterbury CT.  He said he’d reserve a hotel room there and get back to me.  That I could pick him up there on Sunday.  He was so excited!  He texted back with the address of a Hampton Inn.
I had a crazy Sunday planned already – brunch with a project pal, lunch with my best friend from college in from out of town, then a project event in the evening.  I decided to skip the project event and head to CT!  Sex is more important sometimes!
I got through my other events slightly distracted, wondering what he would be like.  Would I feel the same magic in person?  Would he really want to cheat?  With me?
I dropped my friend at the airport about 4:30 pm and headed off to meet him.  We talked on the phone as we were driving there from opposite directions.  Thank goodness for bluetooth handsfree!  He made it about 5:15 pm, got checked in and found a place for supper.  I made it just before 7 pm.  I pulled in next to the car with a license plate from his home state.
He came trotting out of the hotel and jumped into my passenger seat.  I felt comfortable with him right away.  He leaned over tentatively, but when he was sure of his welcome he grabbed me and kissed me fiercely!  We kissed and groped for quite awhile.  He is a good kisser.  And he has very good hands.  I adored his shoulders.  He reminded me of a stocky Clint Eastwood – gray, rugged.  Someone you don’t want to mess with, but gentle, protective. 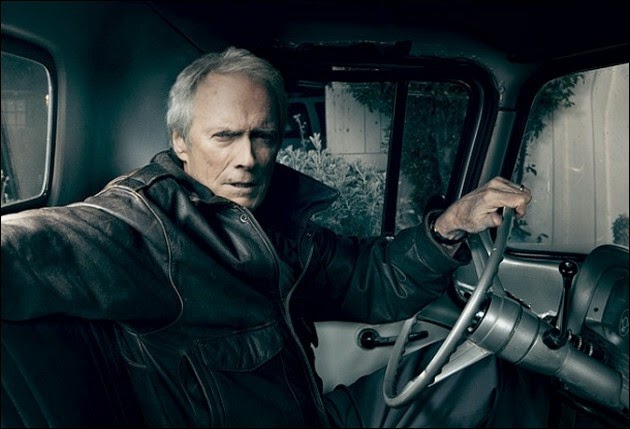 I could have gone on and on, but I was starving, so he helped me navigate to the restaurant.  We went about 10 minutes away to an old-fashioned steak house called Carmen Anthony.  It probably looks just the way it did in the 1970s with dark wood, waiters in tuxedos and old leather booths.  We had our section of the restaurant to ourselves!
Dinner started off with iced teas and a toast to fun!  We looked each other over.  I had seen a video of him he had taken at a gym, so I had an idea what he would look like but he was much more sturdy and solid-looking.  He had a wonderful smile with a twinkle in his eye.
Then we started touching.  I put my hand flat on the table in front of him and he took the hint – stroking it with his finger, then clasping his hand around mine.  I stared into his deep blue eyes. I rubbed his wrist with my thumb.
He gave me a string of compliments:
“You have beautiful eyes.”
“You look just as I imagined only prettier.”
“Your long hair is so sexy.”
I told him he seemed even better in person than on the phone, and I had liked him a lot on the phone!
He said he had been really nervous but I had put him at ease.  I knew this was a big step for him.  I told him we didn’t have to have sex, unless he was sure he wanted to cross the line.  We could have a nice dinner and talk.  He asked if I was trying to let him down gently, and I assured him that was not the case.  He assured me that he wanted to go all the way.  Yay!
The waiter brought free Scali bread and butter.  So Italian!
I ordered the caesar salad,baked stuffed shrimp with mashed potatoes and grilled veggies. 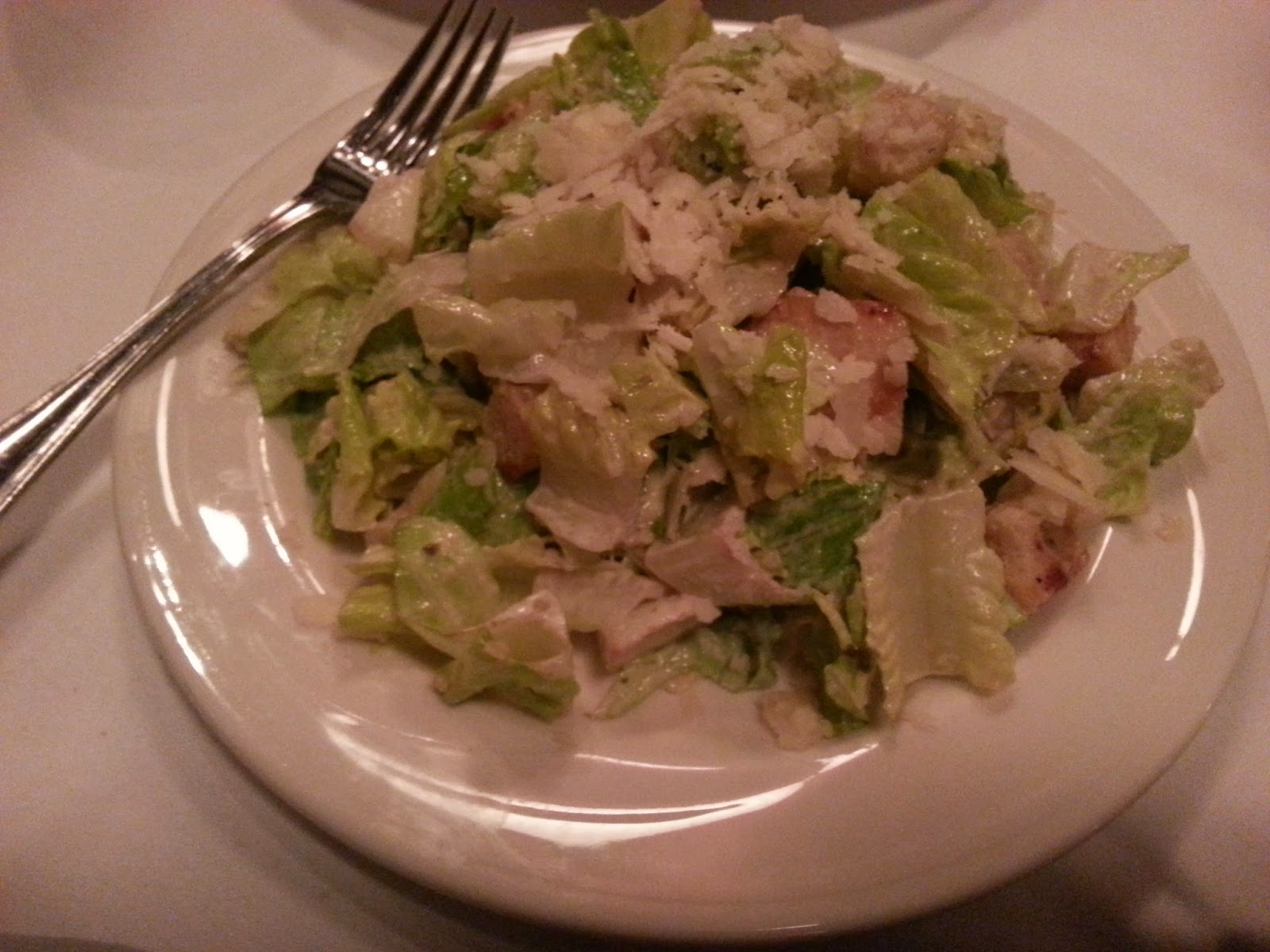 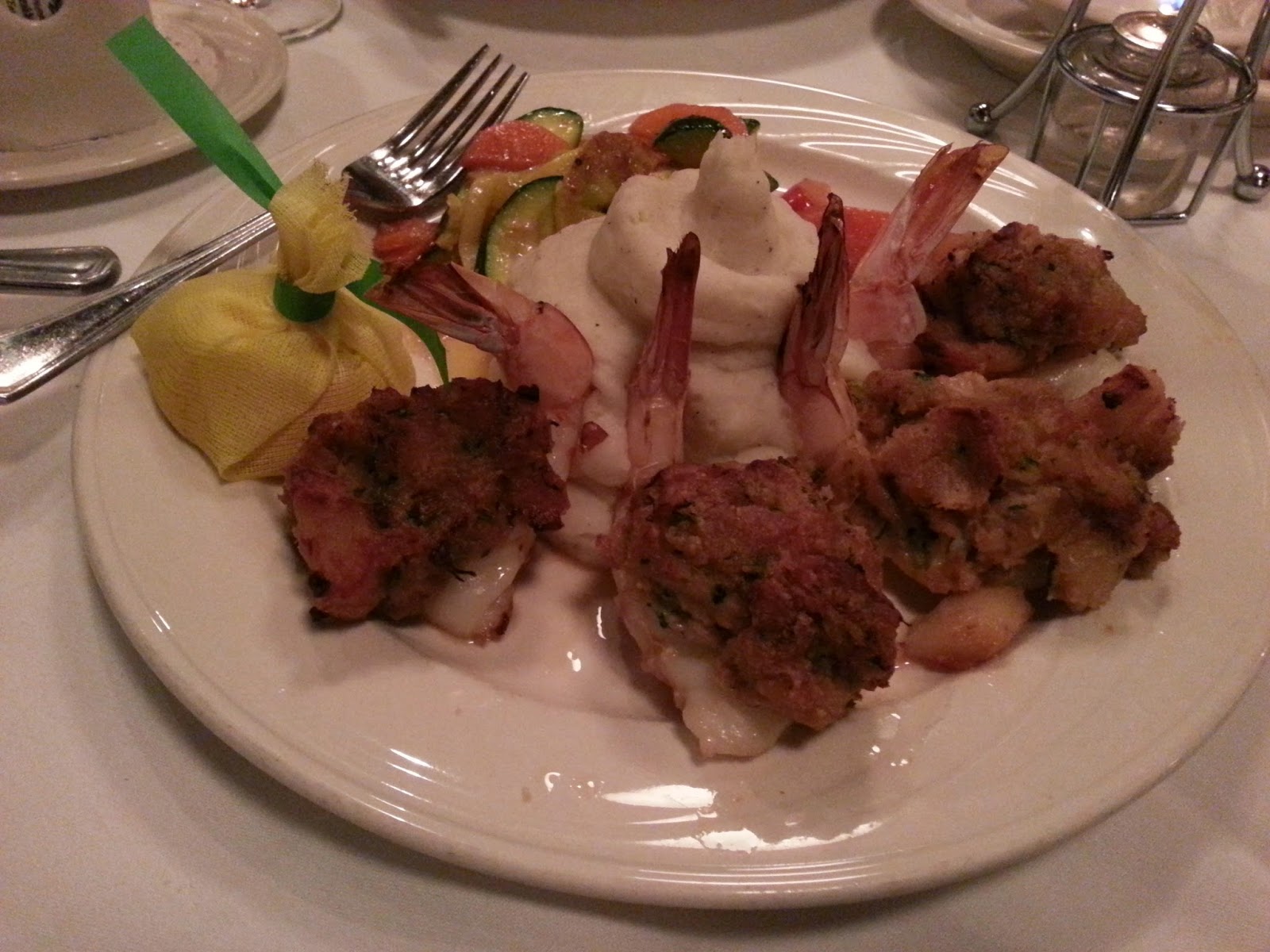 He had the grilled salmon.  He talked about how he tries not to each meat anymore, wants protein but not fat.  I was glad I had not ordered the steak.  He told me about pranks he pulled in high school, about his family, about his work.  He tells great stories.

The waiter brought the dessert tray.  I adore being able to see the choices!  I could have eaten a slice of cheesecake or the chocolate mousse, but I wanted to get him alone!
I drove us back to the hotel.  He said he’d like to go inside first, clean up the place a little.  He asked me to give him 5 minutes, then he’d meet me at the side door.  This would also keep us from walking in together, if anyone was looking.  So I sat in the car, texted Hubby that all was well, checked Facebook, then wandered to the side door with my tote.  He was standing there smiling, let me in to the hallway and then his room.
I set down my tote and he opened his arms.  We had a wonderful hug.  We sat on the bed.  He seemed a little nervous but I smiled and he started tugging off my clothes!  He made very nice noises as my chest came into view.  Ha.
He pushed me back onto the bed and kissed me on the lips, then made his way slowly down my body, taking off clothes and kissing the skin he revealed.  Mmmm…it is such a delight to be unwrapped!
He went right on down and licked my lower lips, delving in to find my most sensitive spot… oh yes!  It was just a tease though… his head came up pretty quickly.  He asked me if I’d care to taste him… I nodded and he pulled my head over the side of the bed with me flat on my back, tilted my head back and presented me with his handsome cock!
I played with him, putting my hand around him, pumping a bit, licking a bit, then sucking him all the way down my throat.  Yum.  So fun to hear him gasp!  I licked my finger then reached around to play with his ass.  He moaned and pushed toward me.  I started to taste pre-cum.  He pulled away, said he wanted to be inside me.  He grabbed a condom from the nightstand, and asked me which position we should start with.  I said doggie, so he rolled me over onto my stomach, pulled my ass up and teased me with his tip, then slowly slid inside.  And back out all the way.  And back in all the way.  Oh my!  I adore that first moment when I get to know the feel of a man and how he’ll fit inside me!
He rolled me over, said he wanted to look into my eyes.  He was above me in a sort of modified missionary position, like… doing a push-up but being inside me on the downswing!
I could tell it was really getting to him… he was closing his eyes, concentrating, trying to prolong things but most times the first time is just too exciting to last long!  He came hard and collapsed onto the bed.  He apologized for finishing so quickly, but I assured him it was delightful and we were far from finished!
We cuddled together and talked.  And talked.  He talks and listens and I adore it!
We would pause in our discussion and start up again.  Three times he found a way to get me very excited and then cum himself.  He was astonished!  He said that had not happened for years!
When we were finished he gave me a big kiss then turned over to go to sleep.  I got up to tie back my hair, put on a nightgown – the room was cold – and turn off the lights.  I went to his side of the bed and noticed his beautiful back. I didn’t want to keep him awake but couldn’t resist giving him a backrub.  He smiled and moaned, told me about getting a spot cut off his back.
We meant to sleep but kept talking for quite awhile.  I was so revved up, I couldn’t sleep!  Finally dropped off about 4:30 am!
His wife called at 5 am.  He went to the bathroom and closed the door – a good idea in case I sneezed!  I went back to sleep.  I slept like a stone until 9 am.
He was not there when I opened my eyes.  He left me a sweet note on the bedside table – he had gone off to CVS. He came back with coffee and orange juice from the hotel buffet.  He was packed up and dressed and ready to leave.
I delayed him a bit longer.  I was only going to hug him, but things got out of control very quickly and suddenly he was pushing me back on the bed and we got into another round of modified missionary with my heels on his muscled shoulders! Yum.  He had this wonderful look of surprise and fulfillment when he came again!
He helped me get my stuff to my car, hugged me, kissed me like he could not bear to let go.  He is so sweet!  I tried hard to focus on how much fun he is… how sexy… and not on whether I would ever see him again.  It can’t be about that or I drive myself crazy.
We sat in our respective cars reading email.  Heh.  I ate a cereal bar, texted Hubby that I was heading home.  I took off a little after 10 am, giving him a wave!
I went to Rein’s Deli to get a reuben and matzo ball soup and herring in cream sauce!  That place rocks!  I went home to devour my special lunch and revel in the memories. Whee!
Nothing like fifteen hours of fun!