He wrote to me on a Thursday afternoon a week ago.  Ashley Madison sent me an email to let me know.  I was in the midst of NINE DAYS that a dear blog fan did not write to me, going out of my mind with worry that something had happened to him, because he had never missed a day without explanation in 7 months.  I needed a distraction!  I had four messages from another guy, and was considering whether to write to him, when this guy wrote.  I sent both messages to a blogger pal and asked him which one to reply to, or both or none?  He said this NH guy looked like my type.  So I took a closer look at his profile.
Hmmm… not much there.  Age 59. Okay.  Likely early 60s.  Whatever.  6’0” 240… wow.  That sounds just about perfect.  Limits – Anything Goes.  Okay.  White, male, attached, never smoked.  All fine.  But he didn’t write anything!  He checked three boxes under “what really turns me on” and another three under “What I am looking for.”  Not much to go on, but nothing objectionable.
So I looked over his message.  Short.  One typo, one questionable spelling.  Gave me a name to call him – nice.  And the words themselves sound good, if a bit generic.  Something spoke to me.  And I really needed someone new to think about!  So I used a few minutes at the end of my work day to reply to him on AM.
We wrote back and forth, then switched to Yahoo email and wrote along several times a day, the way you do at first.  He sent me a photo of the beach.  I admit it… I wanted to be there long before I decided whether I wanted him!  I asked him to tell me what a first meeting might be like.  He described a look-see, didn’t push for a hotel, in a way that made me want to meet him.  He knew what he was doing, how to make me feel safer.  He let me suggest a place.  I gave him the choice of meeting at Starbucks or PF Chang’s at a local mall with parking.  He chose PF Chang’s!  He’s willing to spend longer and spend money!
So I agreed to meet him for a drink at PF Chang’s at 5 pm on a Friday night.  I got out of work early and parked underground, making my way to the restaurant.  I was a little early, and checked the bar area.  He wasn’t there.  I looked around the restaurant and the hostess asked me how she could help me.  I told her I was meeting someone.  She took me to his table!  He rose to give me a hug… mmm… nice.
He had on a leather jacket, dark green polo shirt and jeans.  He had a table in the corner of a banquet, so I scooted in next to him.  I took his hand and he smiled that smile that people who rarely get touched smile.  He looks like James Brolin – shock of white hair and goatee, and sounds like George Clooney!  Yum. 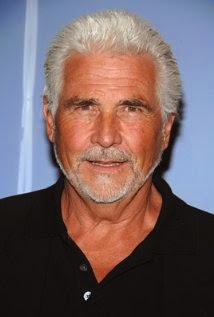 One thought on “Meeting NH Man”