I have a special treat for you!  As you may have read, I have been puzzling my way through the wilds of Ashley Madison, that amazing and terrible online dating site for “married but looking” folks who want to find that special someone who is also “married but looking.”  I may come up with my own rules after I’ve had more adventures, but for now, The Wizard of Blogs, the talented and sexy Ryan Beaumont of “The Ashley Madison Adventures of a Regular Guy Gone Bad“ has given me his sage advice and allowed me to post his rules so they can help you too!  He also included his trademark detailed philosophical analysis with an incredible synthesis and symbiosis with one of the greatest musical compositions of our time! Like many great rules of our time, I do not understand them.  But I break them anyway!  I hope you will do the same! 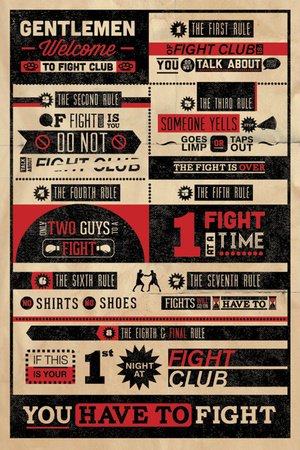 The other day I was busy not working as I am often want to do.  I began chatting with Sassy and she told me of her upcoming series of Ashley Madison experiential posts.  That got us to thinking about Ashley Madison.  Soon I realized that Ashley Madison needs rules thus formalizing it and making it a true institution worthy of all this blogging.  Of course once I realized AM needed rules I realized that perhaps it already had rules that just needed to be illuminated.  Well really I just thought maybe somebody had already done the work for me and I could just cut and paste.  I thought about movies and songs I had heard and seen and realized that “Fight Club,” that brilliant 1999 Cult Classic, had rules thus already providing the perfect form for this manifesto.  This was perfect, I could just rip that off, why make Nihilism hard you know!

I did my usual “wiki research” on Fight Club and realized it was in fact the perfect metaphor for Ashley Madison.  The themes it uses include “Rebel without a Cause” and Nietzschean pedagogy.  In a world diluted by the “despair and paralysis people feel from a value system grown out of advertising,” Ashley Madison is the perfect surrender and thus synthesis of that market driven pursuit while simultaneously rising above and defeating the “eternal recurrence of the same.”  Ashley Madison provides that Nihilistic pursuit of “life affirmation.”  Life’s pursuits on Ashley Madison are a trek towards questioning the “doctrines that drain one’s expansive energies.”  I know, I know “you really are full of it today Beaumont;” I hear you thinking!

But let’s really break down all the Nihilistic Existentialism and where it leads.  You see a little Nietzsche can be a dangerous thing, just like AM, left in the wrong hands.  We need rules to make it right.  I know rules and Nietzsche don’t mix but perhaps a thought by Jean Paul Sartre can pull this together for us.  Sure Sartre felt man had no inherent value but you have to read on.  Btw, it’s the fact that someone has treated someone else with no apparent value that leads us to Ashley Madison in the first place, right!?

Although now as I’m thinking about this from the female perspective I’m thinking what do these Euro dudes know about women?  Well if you don’t want to take the word of some French or German guy that looks like he never had sex with anything other than his left hand, let’s look to Simone de Beauvoir (not a cousin of mine) who said “one is not born a woman, she becomes one.”  I would take that a step forward and say too often women realize that they do not transform into “womanhood” via marriage.  Too often they look up in their 30’s or 40’s and say “who am I and how did I get here?  Did I choose this path or was it chosen for me?  And if I’m on this path can I get off?”  Again, the pursuit of consciousness and the underlying achievement of essence forms the meaning of our humanity (or for Simone “womanhood”). 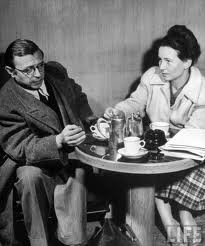 But let’s get back to fight club.  Why should all the philosophical gobledygook mean that the Rules of Fight Club should be segued into a Rules of Ashley Madison.  Let’s see if the two paths indeed cross!
Two early quotes in Fight Club lead to it’s basic theme “losing all hope is freedom” and “when you have lost everything you are free to do anything.”  And there you go, it’s often that we log onto AM at the point we lose all hope and we just might find freedom.  Perhaps you are not on AM because you lost all hope but in the words of Tyler Durden “never be complete, evolve!”
What you realize quickly on AM, much like Fight Club, is that “who you (are on AM) is not who you (are) in the real world.”  It is true that once an affair starts or even ends nothing is really solved but nothing is wholly wasted either.  I will paraphrase a Tyler quote which I believe sums it all up:  you are looking for a way to change your path in life and you need a roadmap or at least some directional signage.  That could be AM.  On AM you can look the way you want to look, fuck the way you want to fuck.  You will find that in someone’s eyes you are sexy, smart, and capable and perhaps most importantly are free to be the person you want to be.   So as Ed Norton’s character in the movie is so fond of “single serving friends,” you might just try out a “single serving” affair partner and see where that leads.  It may be that doorway or first step toward essence.
We make choices in life but they are part of an evolution.  So while I never would say ignore your commitments to the one’s who matter in your life, I would say get busy evolving!  And follow those damn rules!

Wow, that was a lot of thoughtifying bull *hit.  You know now that I think about it I could have just ripped off a quote from that other Nihilistic Cult Classic Bill and Ted’s Excellent Adventure and saved us all the last five minutes of our life.  I think I’ll do that now!

Of course a better way to get from that “tabula rasa” to “vini vidi vici” moment is through blogging!