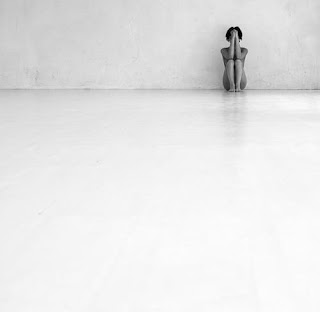 Here’s the Flash Fiction Friday Challenge from Advizor54’s blog.
Click over there to read what he and other bloggers wrote about this pic!
Key Word = Liberation, but not Freedom
Word Count = between 199 and 209
====================
“How long has she been there?” My manager asked.
“Not sure… she was there when I came on at 7 am,” I replied.  The night guy had nodded in her direction as he left the tropical bar.  In all my years tending bar for resorts in Mexico, I’d never seen anything like this!  Was she naked or had on a string bikini?  She didn’t move. Something about her did not invite company.
People stared as they ordered a mimosa or bloody Mary, but reached the same conclusion – don’t interfere.  Guys sitting around the bar speculated endlessly on what her goal might be?  Hangover relief?  Meditation?  Escape?  Liberation?
Finally Jake, who always sat quietly at the far end of the bar reading the New York Times, folded the paper neatly, asked me for a glass of water and a shot of tequila.  Everyone turned to watch as he strolled over, sat down in the same position, about two feet from her.  If you’d asked me who would approach her, he would have been last on my list.  He set down the drinks between them, then put his hand on the floor about six inches from her feet.   She grabbed the drinks, draining them, then took his hand and smiled.