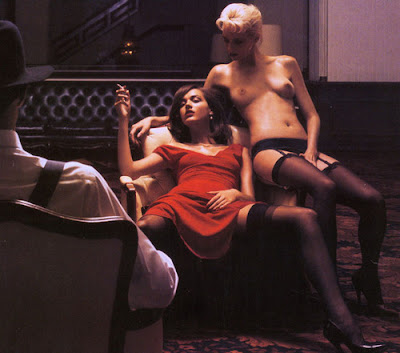 Here is this week’s Flash Fiction Friday challenge from Advizor54:
Word Limit = 300 words
Key Phrase = hazy
Extra Credit = Figure out who’s taking the picture, or, tell us where the husband is.
Please pop over to his blog to see what he and other bloggers wrote!

I don’t get stage fright.  No, sir.  Not me.  I’m an old hand at this acting stuff.  I eat a banana, I read over my script.  I hum the songs.  I am not nervous.  Except for the last 10 minutes before curtain.  And it’s not nerves, I’m just…antsy.  I’m ready to go and it’s not time yet and why can’t it just start already, you know?  It’s the last night of the run… I should be over this after six performances.

So I decided to take a few photos in the Green Room.  Catch people changing into their costumes, doing their make-up, lounging around, and making out!

It’s so fun to see who hooks up back stage.  Last show, it was Fred and Amy.  Everyone got an eyeful when we came off stage and they’d lost track of time.  He has such a nice ass! We had a debate about whether they did it on purpose to make their love scene look hotter.  She certainly looked freshly fucked!  The director told them to go someplace else in the theater if they’re going to get all frisky.

This time, Amy has chosen Rachel!  Amy likes to smoke so she goes up into the balcony lounge.  It’s gross… can’t imagine her doing that to her throat right before the show!  It gets all hazy up there, but I decided to see what was up.  I was worried they’d toss me out if they saw me snapping pics, but Rachel was really showing off her assets.  And Amy was relaxing in her favorite way.  They were teasing the new guy.  Yum.  Maybe I can get a photo of them mashing on each other at intermission.  Hee hee.  I shouldn’t show those to you, but what the heck?  You won’t tell anyone, right?