Good morning kid!  More football for you today?
3:05pm Sassy
I’m doing chores today, then back to the arena for exhibition skating tonight!
Have a fun day!

OMG!  Sis got backstage passes for us!  WOW WOW WOW!  It helps to have a really cute niece.
4:32pm Phil
Awesome! Have fun!

5:00pm Sassy
And the men’s competition is over! Wow! Jeremy Abbott, Jason Brown, Max Aaron, and Joshua Farris on the podium! They’ll probably send the first two to Sochi. Wow! Brown’s Riverdance program was awesome! He won the free skate! 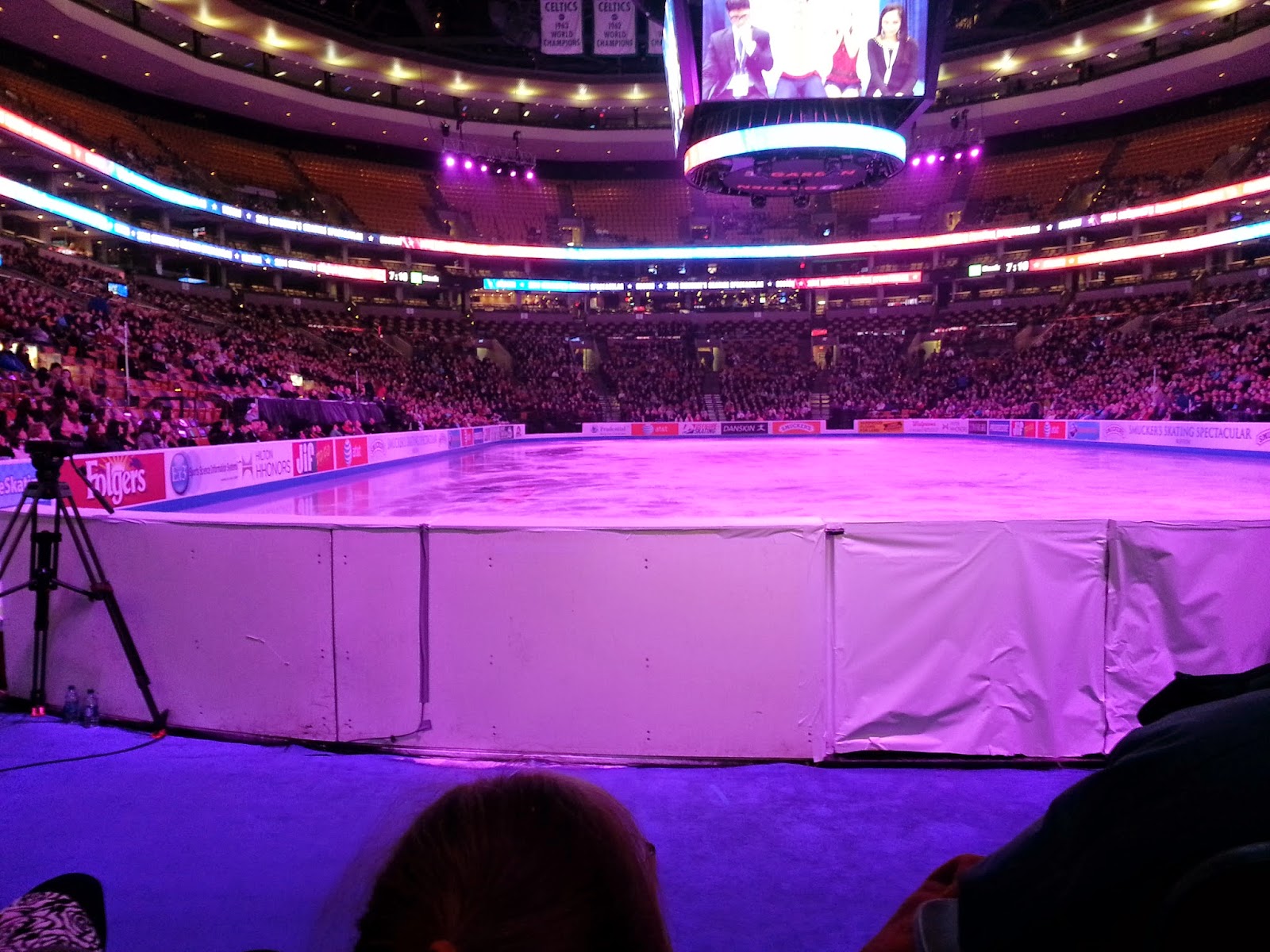 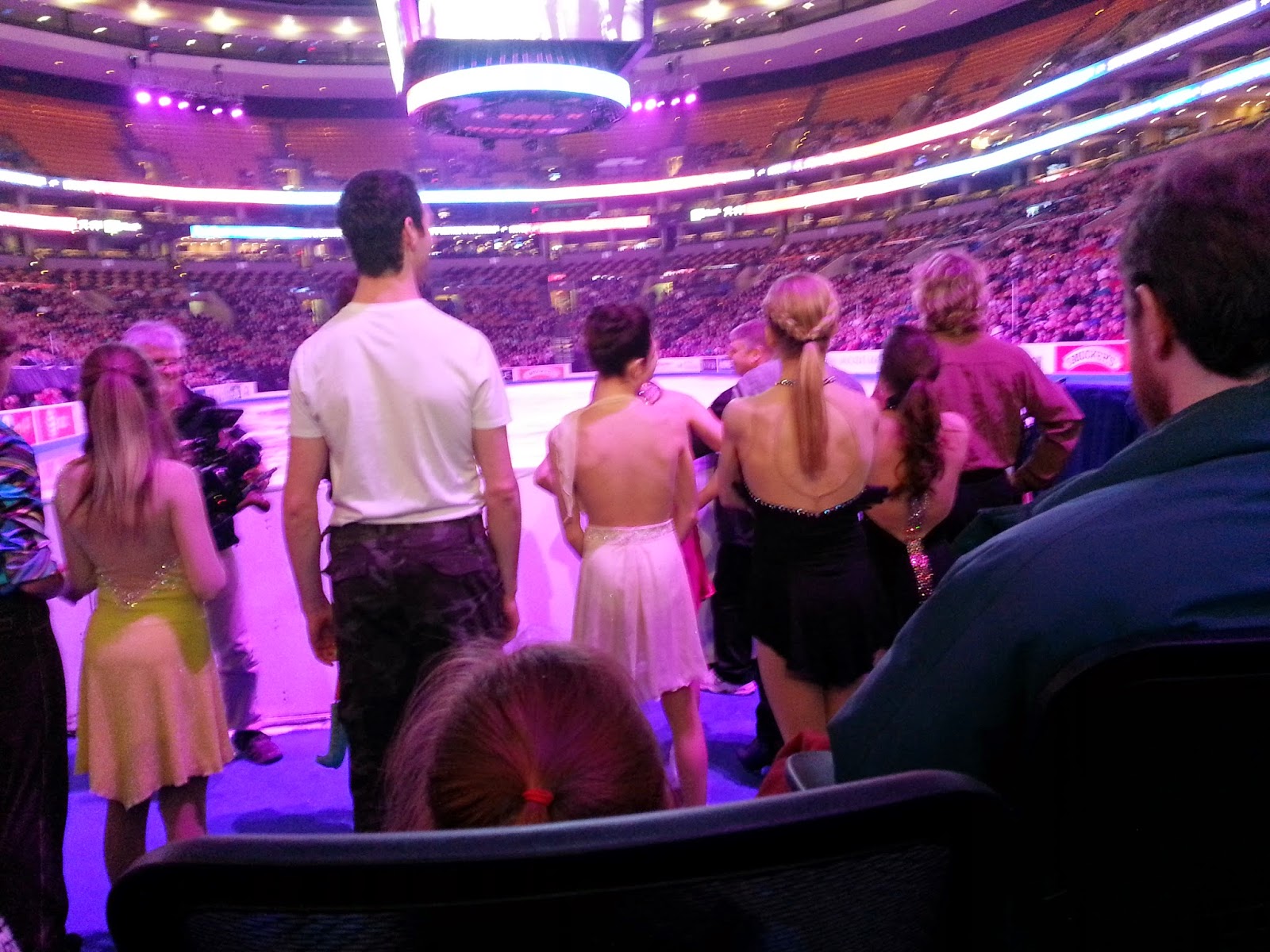 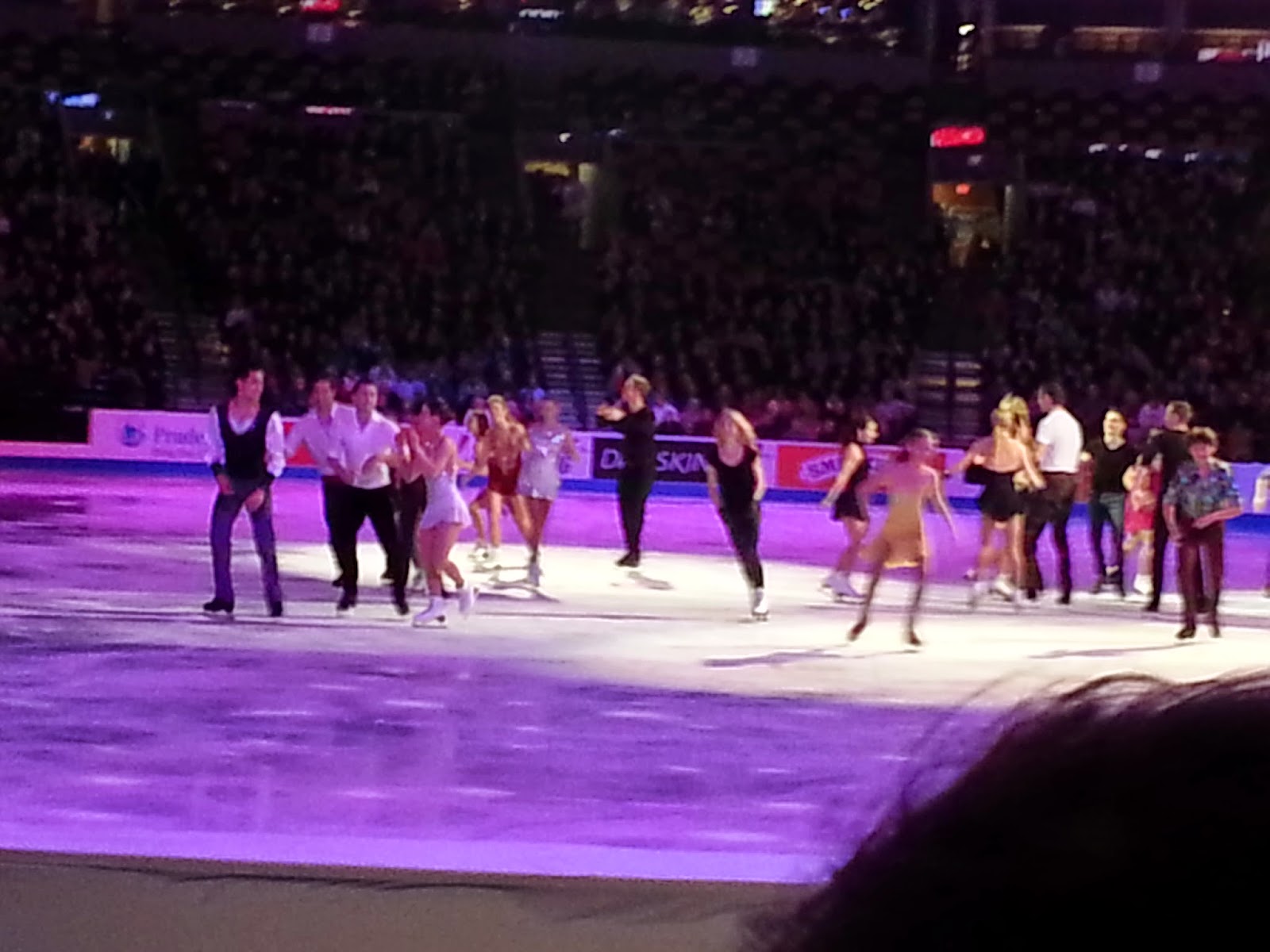 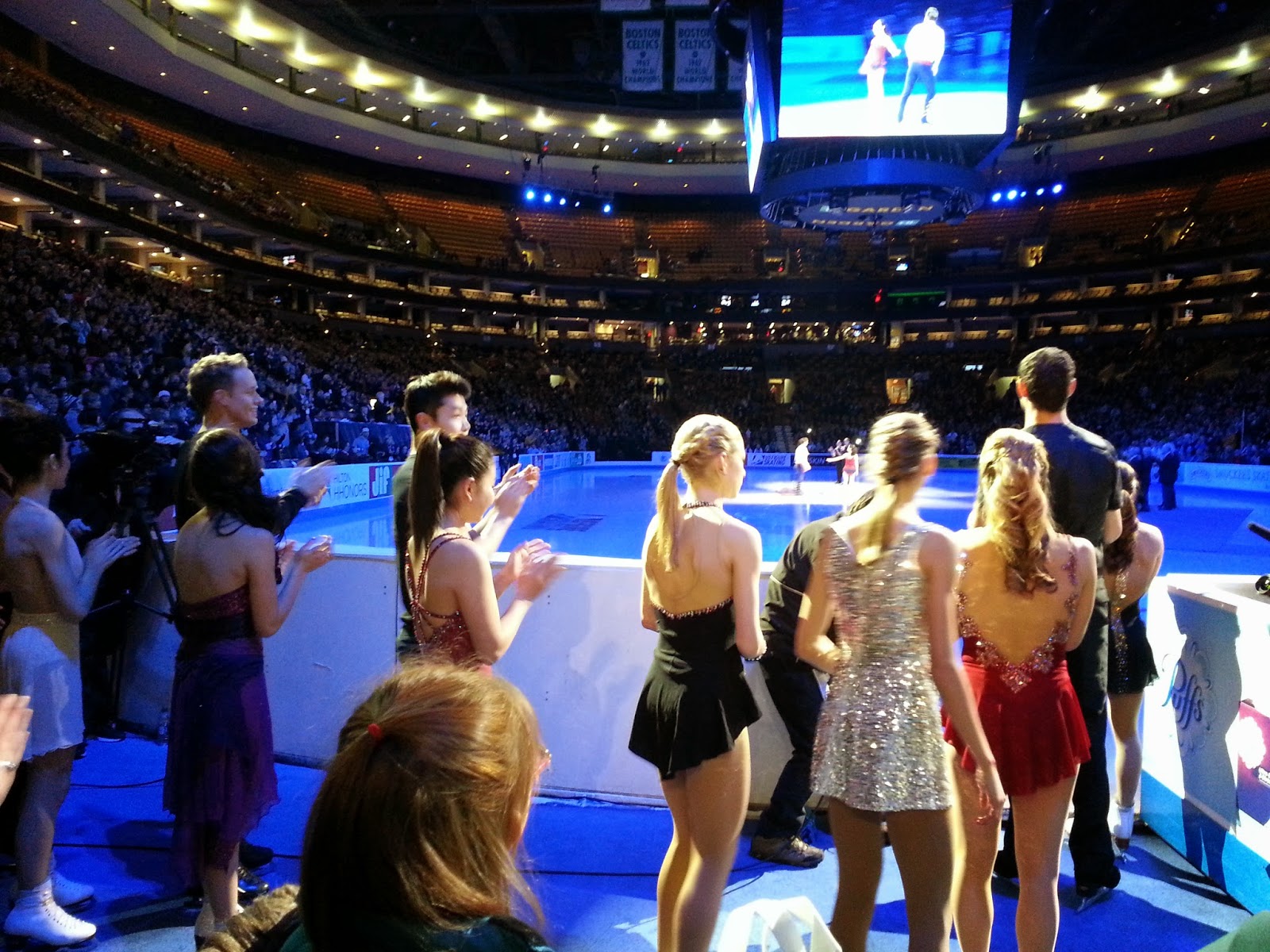 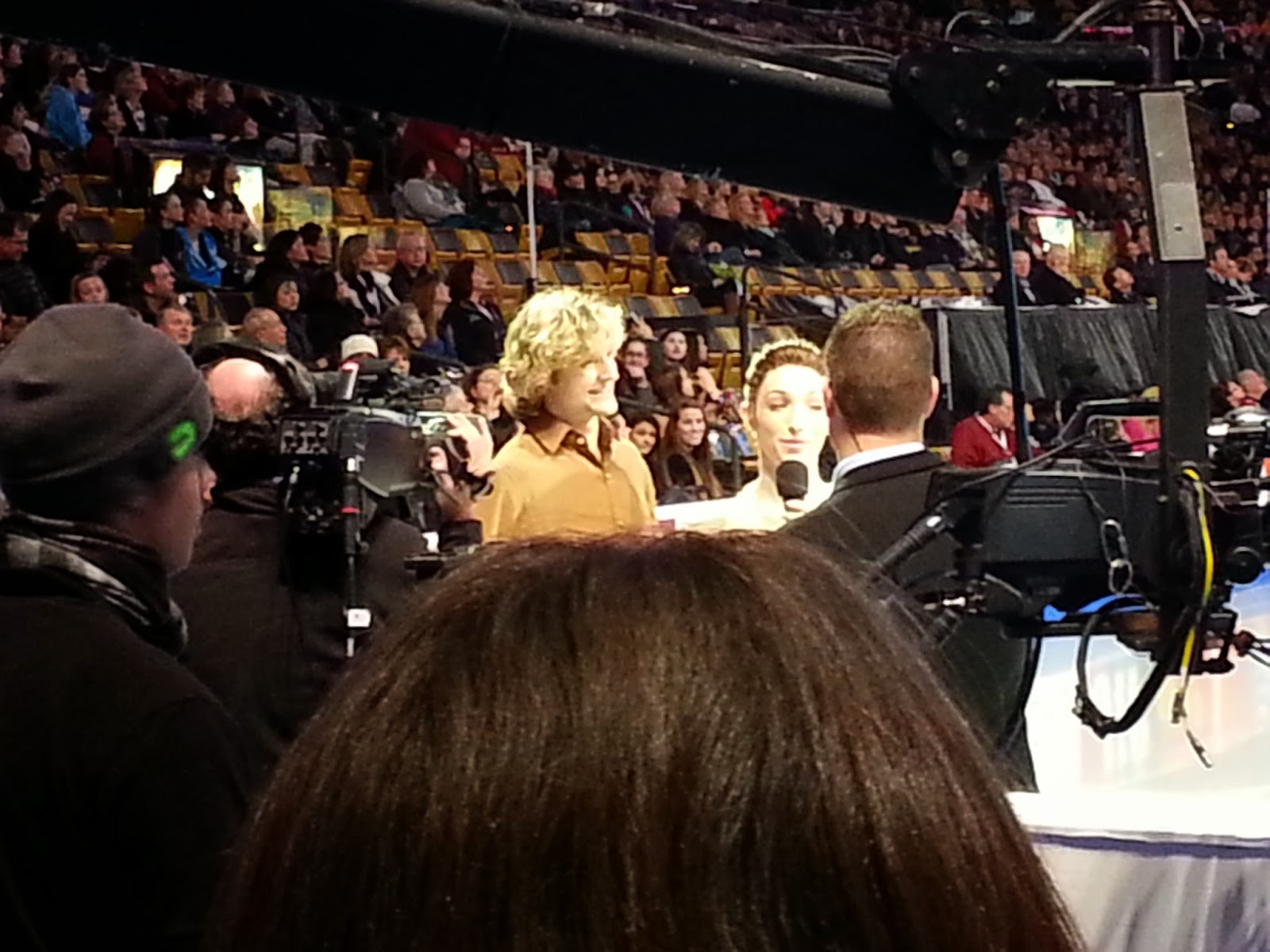 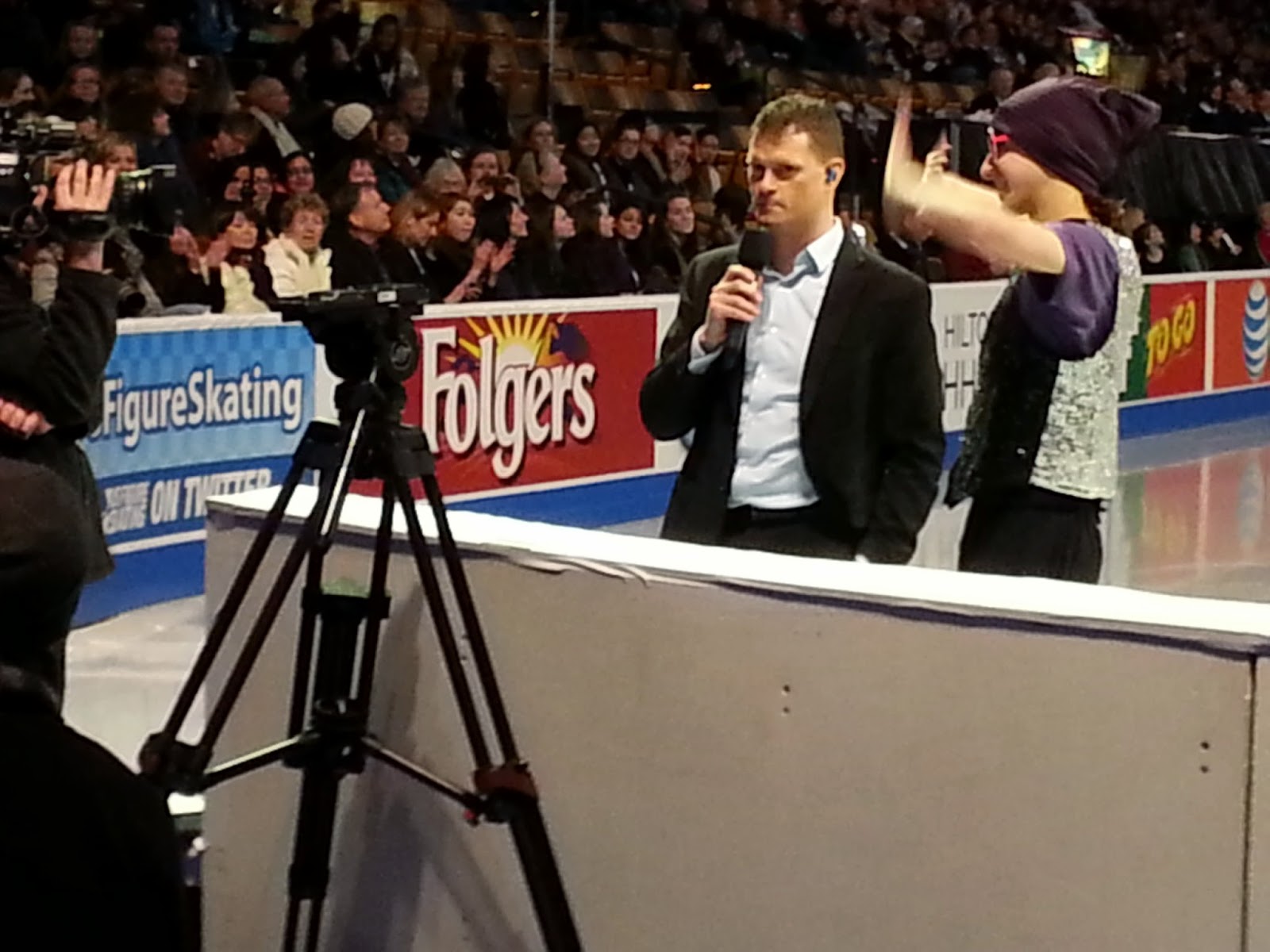 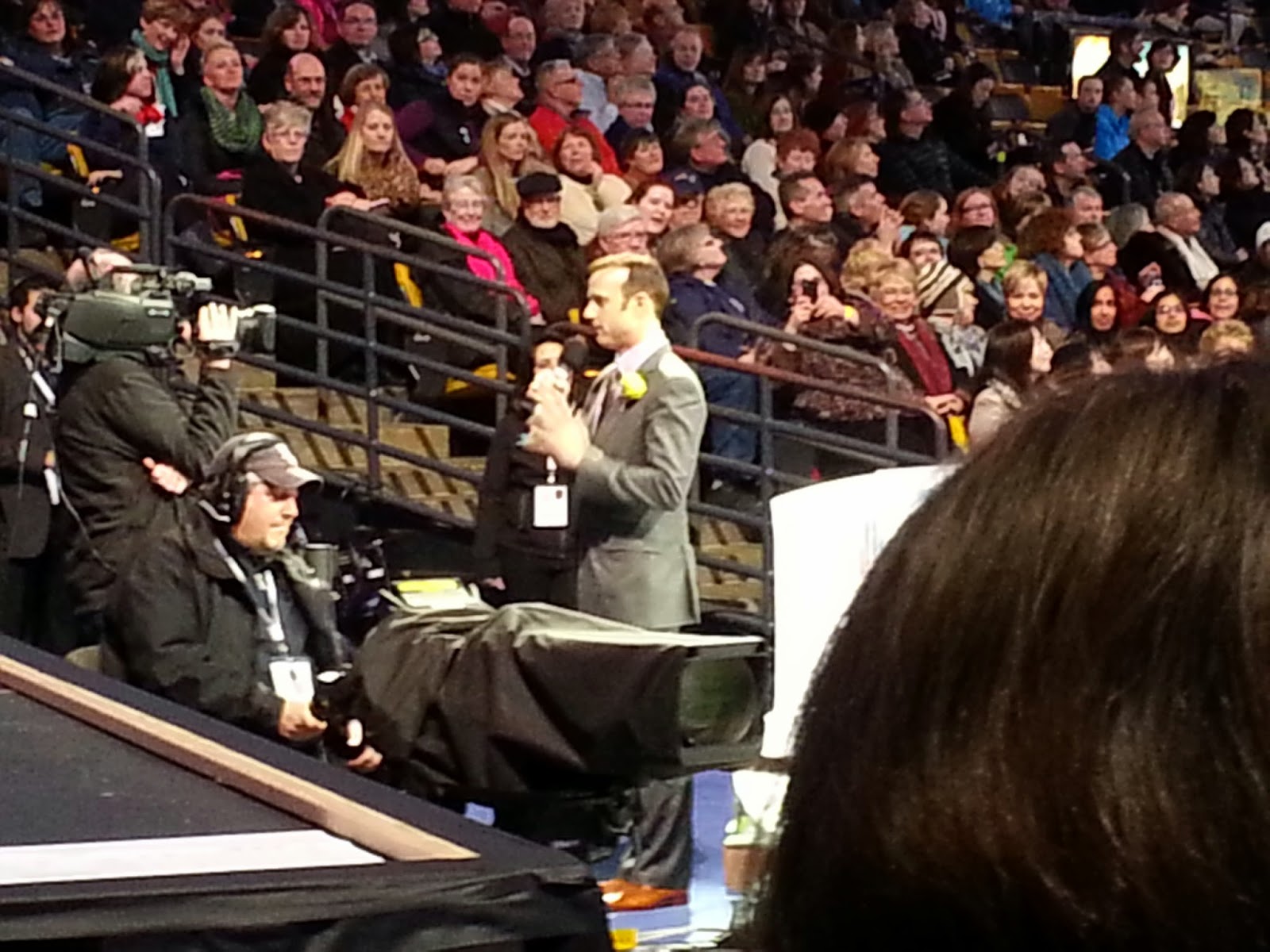 Gracie Gold taking the ice for her solo skate 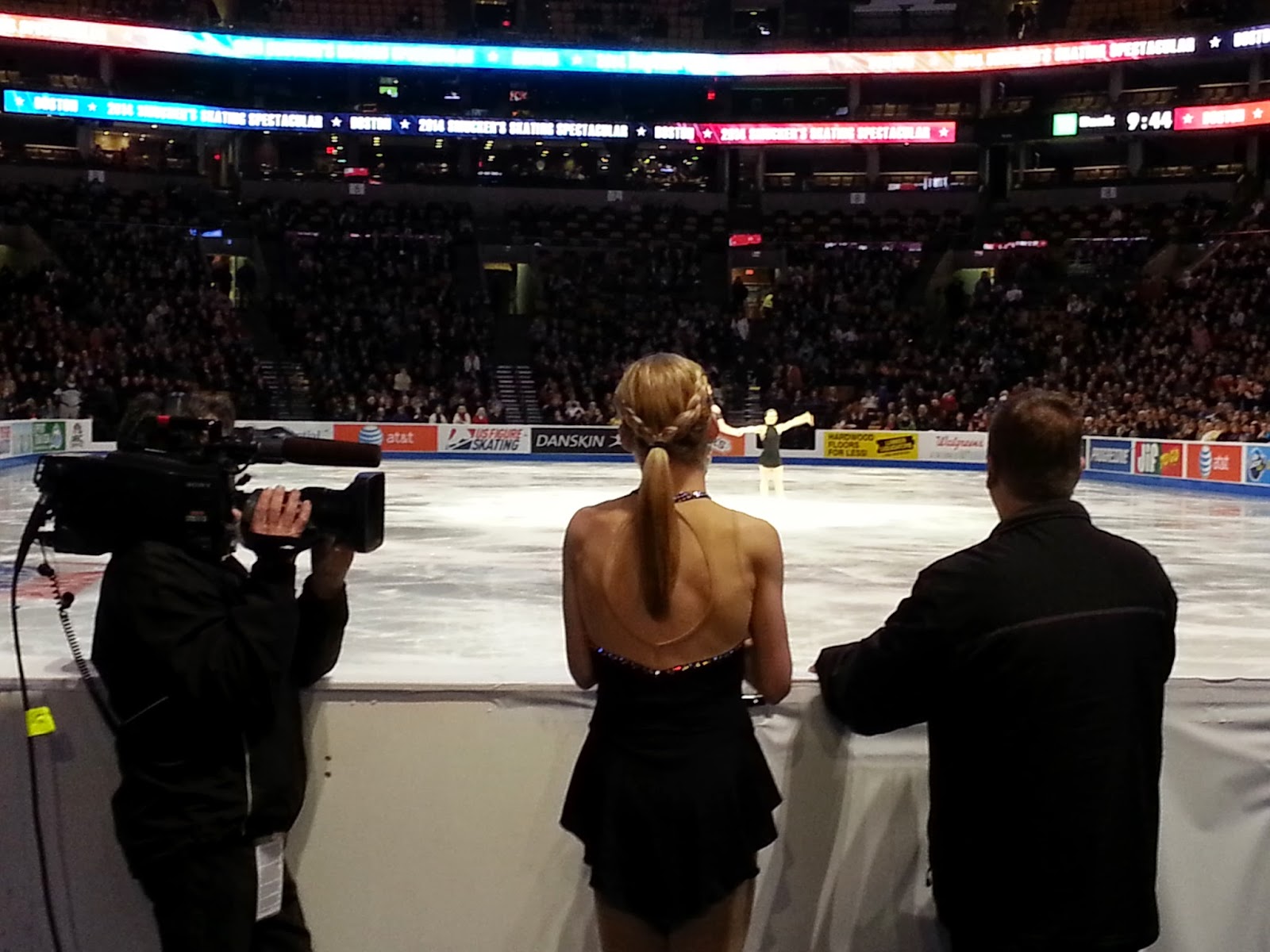 Terry Gannon and Tara Lipinksi in the broadcast booth!  We talked to him!  He is my favorite! 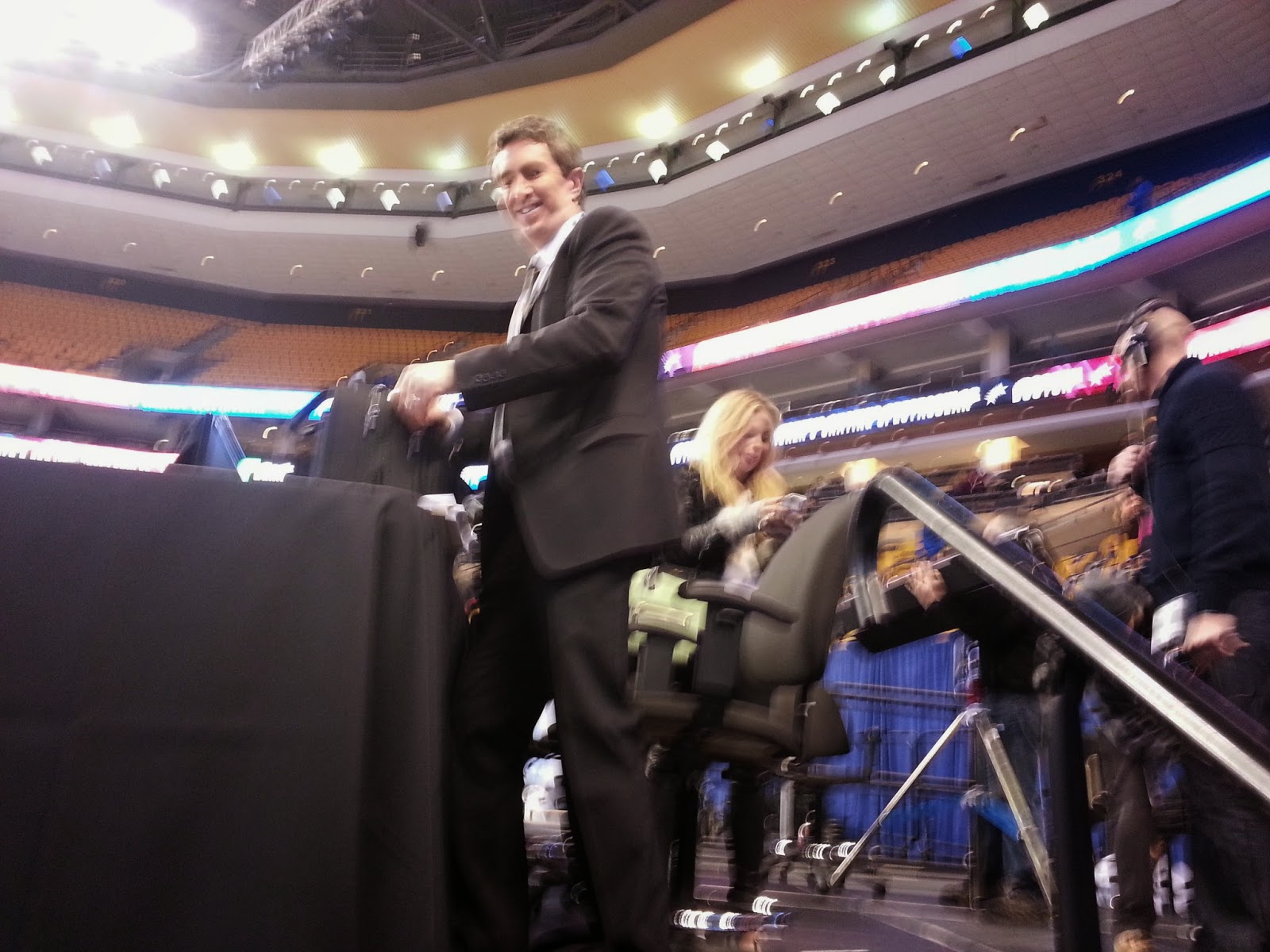