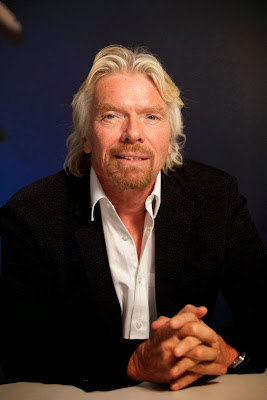 Richard Branson
I escaped work for a blissful hour today to eat lunch with “The Professor.”  After emailing for two months and a couple of mundane phone calls, he surprised me yesterday with an offer for lunch today.

Lunch is a good offer!  It means he is willing to spend more than the time it takes me to drink an iced chai latte, and pay for food!

For those who like stats – The Professor was the second man to contact me on Ashley Madison, back on September 21.   He is the fifth man I’ve met:

We met at a restaurant.  For the first time since the end of September when I got plantar fasciitis, I walked somewhere!  I was okay walking over and back, then could not walk the rest of the day without agony.  Ah well.  It feels like I am allotted a certain number of steps per day, say, 200? After that?  OUCH.

He was sitting at the bar grading blue books when I found him.  I adore it when the man is already there.  He looks like his photos!  Yay!  And he does have the biggest briefcase I’ve ever seen!  He stood and shook my hand.  I told him I’d go get a table while he packed up.  We had a quiet corner.  I sat at a 90-degree angle from him so we’d be closer together.  Maybe he’d take my hand?  Or play under the table?  I need touch so desperately!
We ordered lunch and talked. He talked about the online women he has met… not sure if that’s a good sign or not.  He told me enough to google a couple of them which concerned me but I have not told him that much.  He pushed me to tell him my name and where I work.  I didn’t.  He made me laugh.  He laughed at a couple of my stories.  It felt comfortable.

He did not touch me.  He paid for lunch.  I walked him to the subway and got a chaste hug I solicited at our parting.

At that moment, I had no clue if he would ask for more.  I did not have the urge to grab him, but he was not repulsive.  If he pursues me, fine, if not fine.  I waited a little while to see if he’d write, then wrote him a two-sentence thank you note for lunch.

He wrote back late that evening… kvetching about being stuck on the subway on his way home due to an accident, hoping the rest of my day went better than his.  I wrote right back… no response.  I wrote again a week later when I came across a funny “grading bingo card.”
Never heard another word.  Even though I had told him that I hate the silence… that a “thanks but no thanks, best of luck” would be fine and he’d agreed.  Ugh ugh ugh.  I shouldn’t let it shake my self confidence, but it does.
I miss our daily emails and the phone calls.  He was a challenge to communicate with but I felt like last week around Thanksgiving he finally got it that I am a nice person, just wanted to make him smile.  It makes me sad that did not even rate a farewell.  It makes me very leery to meet a man if it means I am cut off from him completely.  Ugh.  If he doesn’t feel the connection, I suppose it’s just as well, even if it feels completely uncivil.   It seems to be the way it is with AM men.  I don’t like it.  Ah well.