I have something very special for you today dear readers!  I was kvetching to a blogger buddy about an AM guy who answers my questions very tersely. I asked him when he lost his virginity and he answered, “I was 16.”  Argh! I want a storyteller! Come on… tell me about it!

The blogger responded, and is very kind to let me share his answer with you.  If you want to share your stories, I adore hearing them!  Please comment here to let him know how fun this story was to read, and ladies…. if you want his email don’t hesitate to ask!  😉

=================
TO: Same Sassy Girl
FROM: Blogger Buddy
SUBJECT: That’s me in the corner … that’s me in the spotlight….
Losing my virginity….
OK, not really sure if you got where I’m headed with this, but the subject line lyrics are a play on that 80s REM song Losing My Religion. Losing my virginity — get it??? THAT’S where I’m headed with this email!!
So I interrupt our regularly scheduled programming to give you that story, since you triggered my memory by mentioning it …  OK, here goes:
I was 20…..
WAIT!!! There’s more!!!! 🙂
Anyhow, one cold January day at age 20, myself and five friends decided to take a leave of absence from college and move to sunny Nevada for a semester.  We were just sick of school, sick of the cold weather, sick of everything!! So we agreed the Monday after the Super Bowl we were moving.  The housing business was booming down there in 1980 and good paying jobs were plentiful. So move we did.
So we got jobs almost immediately, found an apartment, and we were having a great time. We liked to hit the bars a lot down there like we did at home, but one thing we couldn’t get used to was the fact the bars closed at 2am, not 4am like they did in our state.  This REALLY irritated us!! But one thing we noticed about Nevada, there seemed to be a massage parlor on every corner, and they all appeared to be open 24 hours!! (You see where THIS is going!!!).  And rumor had it, they offered free beer to anyone that stopped in to browse!! So one night we were all drunk enough to do it, so we stopped in, had a seat in the lobby, and sure enough the hostess pointed out a refrigerator in the corner stocked with beer and told us to help ourselves.   We were like kids in a candy store. Free beer!! Are you kidding me????  So we did this a number of nights, and each time we’d browse the massage parlor “Menu”, but each time deciding against paying any money for their services. And there were enough massage parlors that we could visit a different one every night and not get a reputation for only being there for the beer!!
But one night that changed … It was around 3am and I’m sitting there with my pals.  And as we’re browsing the menu laughing at all the options, one looked at me and said “I will if you will.”  And I replied “I’m in!!!” And the others weren’t too far behind.  So we all got in the “queue” and one by one, each of us was escorted to one of those mysterious “back rooms” we heard so much about.  And finally when it was my turn, an elderly Chinese lady (she must have been 30!!!) came out to take me back there.  I still remember her name – “Kimmy”.  So Kimmy takes me to one of the back rooms and all I can remember was there was a water bed, mirrors and not much light. 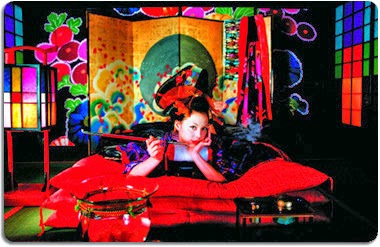 So she had me lay down on the bed and asked “What would you like?”  And I had no idea how to respond!!! So I reached in my wallet, grabbed two $20 bills, handed it to her and said “Whatever I can get with this!”  So she had me take off all my clothes and lay naked on the bed, then she dropped her silk robe revealing an awesome little body underneath.  I can still see those tiny little Chinese tits….  So she lays down next to me and tells me to do whatever I want, so what do I do??? I dive into her pussy face-first!! Ever since I was a kid I was consumed with eating pussy!!! Looking at my Dad’s Playboy magazines as a youth I would fantasize about little else other than getting my lips and tongue on one of those beautiful mounds someday and just munching away.  And that’s exactly what I did!! I thought I died and went to heaven, and I’m sure this wasn’t exactly what Kimmy expected!  Now as I remember it, it seemed like I was down there forever, but I’m sure in real time it was about 2 minutes.  So after I had my fill, I popped my head up and said “Now suck my dick!”  And she had this panicked look on her face that I didn’t quite understand, but she did reluctantly start bobbing her head and that tiny mouth up and down on my cock.  20 years old and it was the first time my cock was ever in a woman’s mouth.  It felt fantastic!!!!
So after a few minutes of that silky, savory cocksucking I finally said to Kimmy “Get on top and ride me”.  One thing about those girls, they do as they’re told!!! So anyway, she climbed aboard and started riding me and to this day I’ll never forget those glorious words she was moaning as she fucked me “You got BIG penis!!!”  (You need to read that using your best Chinese accent).  And she kept saying it over and over “You got BIG penis!!!”  Now I’m sure she said that to all the guys, but when you’re 20 years old and you’re getting laid the first time, I felt as studly as it gets!  So she’s pumping away and I’m feeling her ass and sucking her tits and having a grand old time, but after some time of this I thought to myself “OK, what’s the end game here??”  Honestly Sassy, I kid you not — I had no idea I was supposed to have a an orgasm until finally Kimmy starts asking me “You cum yet?  When you gonna cum?”  And then it hit me “Ahhhhhhhhhh, THAT’S what this is all about!!!!!!!!!!!” And explode I did — the first time I ever pumped a load of my hot white deep inside one of those wet, juicy pussies.
And I’ve been lovin’ it ever since….
Enjoy your morning, Sassy!!!!!!!!

3 thoughts on “Guest: Losing My Virginity”