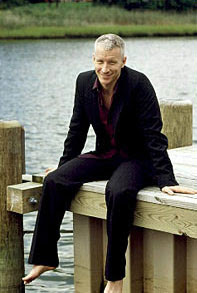 Here is my report on Dancing Man – my second AM meet!

We were IMing all day while I slogged through payroll processing – revving each other up, re-checking the plan.  I sent him sexy tumblr links to get him going.  🙂  He actually sent me links back, which no other man has.
We were scheduled to meet at 4:30 pm.  At 3:15 pm he pinged me to report that his last meeting of the day had been cancelled.  Could I get there earlier?  I checked to see if Hubby could bring me the car earlier.  He said sure, so he picked me up, I dropped him off at home and headed to the hotel.  I had seen a face shot and a full nude from the neck down, so I knew who I was looking for.  He also told me what he’d be wearing.
The meet
It was a dreary, rainy afternoon and people forget how to drive, so the traffic was awful and I was 15 minutes late, right at 4 pm.  I emailed him from a stoplight to tell him I was on my way.  He told me to meet him in the bar.  There was a man in the lobby leaning against a column reading his phone who looked like it might be him but I walked right past him, and didn’t figure it out for a few seconds.  Just as I turned to backtrack, he was there in the doorway.  I gave him a quick hug and he led me to the bar.  He had on a light blue dress shirt and grey dress pants.  I wore dark blue pants, a lighter blue top and scarf that match my eyes, white underwear with black dots all over and… my lucky black bra!
He looks like a very trim Anderson Cooper, a “silver fox” with a buzz cut.  His face shot online is at least 10 years old. Not sure about his real job… sales something.  Sleeps with wife, but rarely.  Needs more.  Had been with a woman for 3 years, but they recently moved on and he says he is looking for another long term lady.
The new bartender
There was no one else around.  We sat at the end of the bar.  There was a brand new bartender – first day – who wouldn’t leave us alone!  He asked what chardonnays they had by the glass, and she was looking at the red wines.  Ugh.  He told her it’s a white and she pulled out a bottle for him to look at.  I asked for iced tea.  She poured his wine and went in search of the tea.  She came back to say they didn’t have it.  So I ordered a diet coke with lime. She brought that and started asking us questions – where are you from?  What brings you to Boston?  How long will you be here?  I let him answer.  He put his hand on my arm and rolled his eyes at me.
Not subtle
He is the opposite of the lawyer – very intense, edgy.  Not subtle, this one. When she finally left, he turned to me and said, “Wow.  I thought she would never leave!  What am I doing here?  I came here to fuck you!”

Tune in tomorrow for Part 2

2 thoughts on “The New Bartender Part 1”