[If you missed the first part of Simon’s story, click here.]

Tuesday, February 14th – Valentine’s Day
So the day dawned.  I went to work and tried not to fret about meeting Simon tonight.  I told Philip I was seeing a friend in town on business and he was excited for me.  I collected picnic incidentals from work – utensils, condiments, napkins leftover from catered meals – and went home to pack.  I ended up with 4 bags – regular tote, laptop, suitcase, and a bag of groceries.  I watched Simon’s flight come across the country.  I adore flight tracker!
I loaded my car and headed out to Whole Foods to get picnic foods.  Just as I was ready to check out, Simon texted that he had landed!  I texted back “Yay!  Welcome to Boston.” He asked if he should call me now or after he got his rental car and was on the road.  It had not occurred to me that I’d have to talk to him on the phone.  That seemed too hard.  But I texted back “Whatever.” I checked out and lugged the goodies to to my car.  He called me.  He sounded like I had thought – young, Texan, calm, patient, nervous but excited.  And understanding of how odd this was.  A blind date in the extreme!
I took off to the suburbs to the hotel.  He texted me when he started out from Logan and I let him know I was on the way too.  I got there ahead of him and sat in my car reading Facebook on my phone.  My sister called to check on me.  Simon called about half an hour later to say he was in room.  By chance, I had parked in the closest spot to it.  It was the last room on the first floor near the parking lot door.
He came out to help me carry in stuff.  I stood beside my car and he walked toward me.  I hugged him and held on.  It was a good feeling.  He sighed and held on to me.  Then remembered himself and noted that we shouldn’t do anything outside.  I grabbed all my bags and he took a couple.  We strolled back to the hotel.
We chatted nervously as he unlocked the door.  He said to give him a few minutes to unpack a bit and plug in all his gadgets.  I took a moment to look him over – he had on a blue dress shirt, dress pants and dark socks and shoes.  He was trim and my height.  I realized the photo he had sent me was years old.  He had been working out since then!  I liked the look of him better than his photo!  I smiled, trying to get an idea of his impression of me, but he was preoccupied.  I set out food on the desk and he turned in amazement to stare at the buffet of treats: 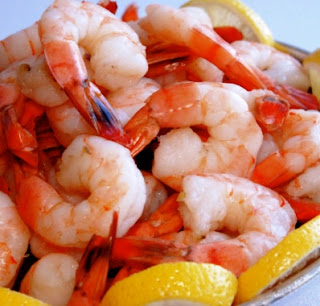 He said there was no way he could eat much of this.  I said not to worry… I brought stuff from home and got an assortment because I had no clue what he’d like.  He asked for the Whole Foods receipt and repaid me in cash.  I felt odd having him pay, but it was much cheaper than a lobster dinner!  I was so nervous, I forgot to take a photo of the food!

We sat on the end of the bed to snack and chat.  We started to share bits of personal information – my employer, our colleges, stories that required some history, trying to show that we trusted each other.  It seemed interesting but unimportant.  He pulled out his iPad and asked me enter tunes into Pandora.  I picked Frank Sinatra and Lady Gaga!  He went out in the hall to call his wife.
We listened to tunes and talked more, then he pulled up a BBC comedy, “IT Crowd.”  We lay next to each other on our stomachs, he cuddled up next to me, and we giggled over the trite jokes about computer help desk employees.  After one episode he said he’d corrupted my mind enough and put it away.  He smiled at me then got rather serious, though trying to be casual, and asked, “So… are you going to stay?”

One thought on “My Valentine 2012 Part 2 Hotel Picnic”