Tuesday, September 13, 2011 (continued)
We took off for dinner at Evelyn’s Drive-in.  We chose it because Guy Fieri from the “Diners, Drive-Ins and Dives” show on the Food Channel had visited.  It looked like the perfect combo of interesting seafood, casual and a great view of the water.  I missed the exit due to construction but took the next one.  Turned right instead of left but turned around in a restaurant parking lot and got going the right way down Rte 138 to 77.

It’s an incredible spot, casual, round tables with umbrellas.  It was a beautiful evening and we got a table outside right on the shore, and then moved even closer when another group left.  We got there at sunset, watching the sun sinking over an idyllic inlet with a few boats and calm water.  So New England!

We had stuffed clams, buffalo shrimp, whole fried clams, fish chowder and RI clam chowder, then he had lobster chow mein and I ate grilled scallops.  He had a margarita for dessert.  I paid the bill – $148.  A little steep but cheaper than a hotel room!  He was impressed that I kept my promise to pay.
We sat there until about 8:30 pm, watching the stars come out, him telling me about his work and how people are coming in to see him all the time and he even forgets to pee!  He got a call from his office – he got up to walk along the inlet while he talked.  He was gone about 3 minutes, but apologized on his return, saying it was an emergency.  He talked about some of the awful things he has to deal with. I pulled up my skirt a bit and put his hand on my naked knee, trying to interest him in touching me, but he pulled his hand away pretty quickly.  Once again, he talks a good game online but when I am right there he doesn’t do it.  I guess his mind was on work and he’s more shy in person.  He held my hand and marveled as the sun went down. 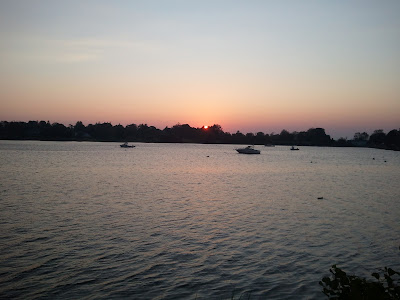 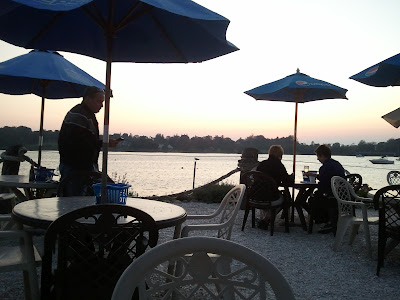 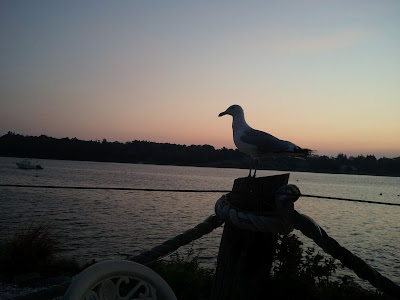 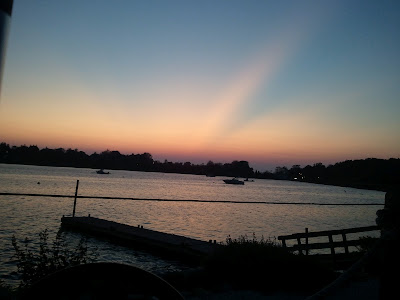 One thought on “Visit #3 Lobster dinner”